KUALA LUMPUR, 27 February 2014 – Malaysia’s tourism industry performed above expectations in 2013, with tourist receipts of RM65.44 billion exceeding the initial target of RM65 billion. The 8.1% growth from RM60.56 billion in 2012, represents an expansion of about RM4.89 billion in foreign exchange earnings.

“We are pleased to achieve such a substantial growth in tourist receipts last year. This is in line with the broad objectives of the National Key Economic Areas (NKEA) and Malaysia Tourism Transformation Plan (MTTP) to increase yield per tourist. Last year, the average tourist spending per capita was RM2,544.90 per person compared to RM2,419.10 per person in 2012,” said the Minister of Tourism and Culture Malaysia Dato’ Seri Mohamed Nazri Abdul Aziz.

He added that tourism was the sixth largest contributor to the economy moving up one spot compared to 2012. It contributed RM51.5 billion to Gross National Income (GNI) in 2013.

He attributed the growth in tourist arrivals and spending to the Government’s focus on the initiatives under National Key Economic Area (NKEA) Tourism including the promotion of Malaysia as a duty-free and affordable luxury shopping destination, as well as the concerted efforts through the strategic public-private partnership to position and brand Malaysia as the top-of-mind destination for business and leisure.

Markets showing double digit growth in arrivals were mainly from the medium and long-haul countries with Turkish arrivals surging by 28.9% assisted by the seven weekly direct flights from Istanbul to Kuala Lumpur by Malaysia Airlines and Turkish Airlines, as well as the re-opening of Tourism Malaysia Office in Istanbul.

Last year, tourist arrivals from the Iranian market registered a significant drop of 38.5% partly due to AirAsia X’s decision to suspend its services to Tehran beginning October 2012.

The ongoing political woes in Thailand throughout 2013 had also affected arrivals from the country, which showed a decline of 8.4%.

MALAYSIA TOURISM PROMOTION BOARD OR TOURISM MALAYSIA is an agency under the Ministry of Tourism & Culture, Malaysia. Tourism Malaysia focuses on the specific task of promoting Malaysia at all levels. Since its inception, Tourism Malaysia has grown by leaps and bounds and it has emerged as a major player in the international tourism scene. In 2012, Malaysia registered 25 million tourist arrivals and RM60.6 billion in tourist receipts, placing the country firmly as the 10th most popular tourism destination in the world.

In 2014, Malaysia will celebrate its fourth VISIT MALAYSIA YEAR (VMY) with the theme “Celebrating 1Malaysia Truly Asia”. The VMY 2014 promotional campaign has started this year with a series of year-long special events and activities leading to VMY 2014. It will contribute to the Government’s target to receive 36 million tourist arrivals and RM168 billion in receipts by 2020, as outlined in the Malaysia Tourism Transformation Plan (MTTP) 2020.

For a long time, Malaysian policymakers have tip-toed around the question of budget discipline. But the need for fiscal consolidation is pressing, and although the government has recently announced changes that will help reduce the deficit, it needs to make sure that these reforms don’t hit the middle class unfairly.

Malaysia’s history of budget deficits gives reason to worry. The budget has been in deficit most years since 1971. Only in the period from 1993 to 1997 did the country enjoy budget surpluses. And while statements have occasionally been issued on the necessity for fiscal realignment, little has been done to turn speech into action. 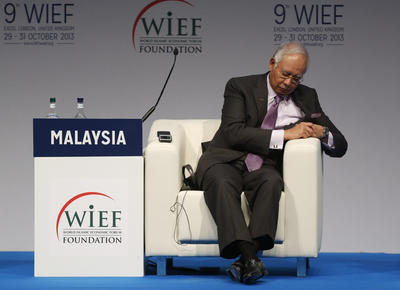 Because of this history of budget deficits, government debt in Malaysia has been creeping up. The most strident note in recent years came from Idris Jala, the Minister in the Prime Minister’s Department, in 2010. He warned that Malaysia would be bankrupt by 2019 unless subsidies were cut and borrowings restricted. He went on to add that Malaysia’s net government debt would rise from 54 per cent of GDP in 2010 to 100 per cent of GDP by 2019 if subsidies were not cut. In 2012, this figure stood at 53.3 per cent. It appears that Idris Jala’s warning is now being heeded, with the government attempting to reduce the debt-to-GDP ratio.

When Fitch downgraded Malaysia’s sovereign rating outlook from stable to negative in July 2013, it was a sharp reminder to policymakers of the reality that international observers are watching Malaysia’s economic performance. It’s not all bad news though: Fitch still maintains a good rating on Malaysia’s long-term foreign debt (A-) and long-term local debt (A).

But the downgrade still serves as a useful reminder to policymakers that fiscal consolidation needs to be tackled now, especially since general elections are over. On all counts this is a good time to take steps towards fiscal reform.

The introduction of the goods and services tax (GST), which was announced in the Budget 2014 speech and will take effect from 1 April this year, marks the start of the season for fiscal reform. The proposed GST rate of 6 per cent may be high, considering that this figure will in all likelihood inch up from year to year. That said, there is no doubt that the GST is an efficient tax: it broadens the tax base and can be imposed at every stage of the production process.

The other major fiscal reform being implemented is the program of subsidy rationalisation. The 2014 Budget announced the abolition of the 34 sen subsidy for sugar. This has recently been followed by a rise in the electricity prices, which will be increased by about 15 per cent on the Malaysian peninsular and about 17 per cent for Sabah and Labuan. The new rates took effect on 1 January 2014.

The increase in electricity rates will affect industrial and commercial users considerably since they account for 78 per cent of electricity consumption. But households will also be hit, and, once again, it can be expected that the middle class will be the worst affected.

Both of these reforms will help Malaysia regain the confidence of international agencies and investors. But introducing fiscal reform with only the interests of rating agencies and foreign creditors in mind is not the way to go either. All sectors have to tighten their belts, and that includes the public sector. The Auditor-General, in his annual report, had strongly commented on financial wastage through improper procedures and carelessness.

Former prime minister Dr Mahathir Mohamad has argued that the government should be more judicious in its expenditure. One hopes, however, that the reform programme does not go so far as to remove subsidies on healthcare at government clinics and hospitals, or for education in government schools and public universities. Fiscal reform in Malaysia has been neglected by policymakers for too long. The recently announced reforms are positive moves, but in reining in the deficit the government needs to ensure that any changes are equitable.

Shankaran Nambiar is a senior research fellow at the Malaysian Institute of Economic Research.

An earlier version of this article appeared in the Edge Financial Daily.

Nearly two and a half centuries ago Marie Antoinette, on hearing the French people were short of bread, supposedly said: ‘Let them eat cake’. It was a callous remark, and became a symbol of the French aristocracy’s isolation from the people they governed, a schism that shortly thereafter descended into the brutality and violence of the French Revolution. Antoinette was also known for her lavish spending, to the point of being known as Madame Déficit, further underscoring the differences between the classes. 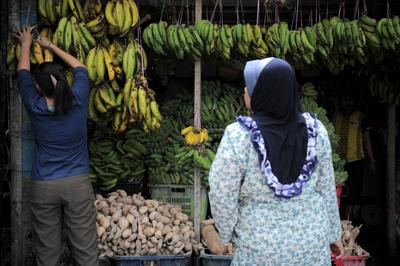 Many would see a parallel with Malaysia’s current situation, as a rising cost of living squeezes real incomes while the government pursues an agenda of deficit reduction and fiscal consolidation. That agenda has seen subsidy cuts across many essential items (beginning with petrol and electricity) identified by the new Fiscal Policy Committee (FPC), which was formed last year to coordinate and plot the overall direction of Malaysia’s fiscal health.

The situation that the FPC had to deal with was more acute than has been generally recognised. While government revenue and spending were both somewhat above budget projections, leading to the perception of a fiscally irresponsible government, nominal GDP growth had been in sharp decline since the end of 2012, and only began to recover in the second half of 2013. Hence, even if the government hit its 2013 deficit target in absolute terms, the debt-to-GDP ratio would have exceeded the administration’s line in the sand of 55 per cent by the end of the year.

That realisation caused some hard and hasty decisions to be made, the biggest of which was the 20 sen per litre (US$0.06) reduction in petrol subsidies, but also extended to a review of electricity tariff rates, toll road rates and other lesser subsidies. In addition, it was confirmed during the tabling of the 2014 government budget that the goods and services tax system would be introduced in 2015 at a higher-than-expected rate, replacing the antiquated sales and services tax.

From an economic and fiscal perspective these are all defensible moves, and there’s no question that implementing them would immensely improve the government’s financial position and the competitiveness of the economy. In fact, preliminary numbers indicate the government achieved a surplus in the last quarter of 2013, preserving the 55 per cent debt limit. The issuance of government debt securities in 2013 is also coming in below initial projections. While there is still a long way ahead in closing the budget gap, positive steps towards that goal have been taken.

However, from a political economy perspective, the impact of multiple price revisions within a very short timeframe has eroded support for the government. The perception is that price inflation will impact the lower-income groups the most, as essentials make up a bigger portion of their expenditure. The increase in cash assistance programs that the government began in 2011 only partly offsets the increase in household costs and taxation. Moreover, the implementation of the petrol subsidy cut was somewhat botched, leading to the impression that the government hadn’t thought it through. The result has been a restless populace and consumer inflation that is likely to exceed 3.0 per cent in the very near future, compared with just 1.2 per cent at the end of 2012.

So where now from here?

From a policy angle, there’s little to complain about. The government is keeping to its commitment towards fiscal consolidation, building fiscal space to deal with potential future crises and generally putting government finances on a more solid footing. Household incomes are rising fast enough to deal with the acceleration in price increases — for the moment. The economy is benefitting from higher private and public investment, and should be given a further boost from the improvement in the external economic environment.

However, there is a growing trust deficit with the administration and a gap in communicating government policies to the people. The necessity for hard decisions has not been explained fully or clearly, especially as the Malaysian populace has become increasingly plugged into non-traditional communications channels. Whatever good intentions and sound policy the administration may have are lost in this disconnect.

Again, there are parallels with history. Marie Antoinette never actually said the words that were attributed to her; some historians believe they were uttered by another French queen generations before her time. She may have been profligate with public funds, but much of that money also went towards charitable works, and by all accounts she was truly sensitive to the needs of the people. The vilification of Marie Antoinette occurred because she was an easy target as a foreign princess and through her status as queen, not because of her true character or actions; it was as a symbol that she was brought to the guillotine.

That’s a tragedy, and a mistake, that shouldn’t be repeated.

Nurhisham Hussein is an economist based in Malaysia. He writes a blog on the Malaysian economy at Economics Malaysia.