The global Islamic debt securities (sukuk) market has grown rapidly, from just US$15 billion in 2001 to US$281 billion in 2013. This increase has been led by Malaysia, which accounts for nearly 60 per cent of total outstanding sukuk. Meanwhile, Middle Eastern countries account for about 30 per cent. Sukuk bonds still only represent a small portion of Asia’s overall bond market, but there is great potential for the sukuk market to grow and play a key role in helping to finance the region’s large infrastructure requirements. 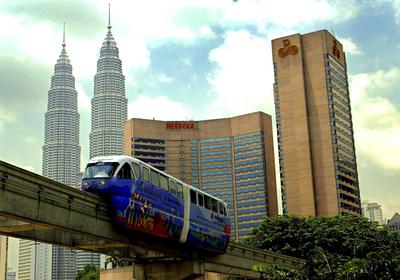 Bank financing for long-term infrastructure projects is becoming less attractive under the Basel III rules. Hence the burden for financing infrastructure is expected to shift away from banks toward bond markets, which can help tap long-term institutional investors such as pension funds and insurance companies. Infrastructure projects that build tangible assets that generate revenues are consistent with the Islamic finance stricture of creating economic value; such projects are therefore appropriate for sukuk.

While sukuk bonds have successfully been used to finance large-scale infrastructure projects in Malaysia, they have failed to take off outside the country. This is because other economies are yet to develop a stable regulatory framework and economic environment. Their capital markets are also relatively underdeveloped, hindering the ability of infrastructure projects to raise funds.

The development of a consistent Islamic financing framework that can be applied throughout the region would help in promoting greater acceptance of sukuk among investors. A standard model of Islamic infrastructure financing could jumpstart the Islamic bond market for infrastructure and broaden its appeal. Finally, there may be capacity constraints among Islamic financial institutions to undertake the complex task of structuring infrastructure projects. But the more projects that go ahead, the more experience institutions will gain.

Authorities can jumpstart the sukuk market by issuing large quantities of bonds. A sizeable pool of sovereign sukuk would serve as a signal to the corporate sector to become involved in sukuk. And it’s not just the central government: municipal and government agencies can also help promote the growth of the sukuk market by sourcing part of their borrowing requirements from the Islamic market.

So far, most sukuk have been issued under either the murabahah (cost-plus or deferred payment) or ijarah (lease-based) structures. These structures are popular because they are similar to conventional bonds in the sense that they offer certainty of returns. However, there is great potential to develop profit-sharing sukuk structures — such as musharakah (joint-venture) — where both investor and issuer agree to share profits and losses resulting from the performance of the underlying infrastructure projects. As yet, these represent only a small proportion of the sukuk market. However, they are seen as a more desirable structure for financing from an Islamic perspective because they share risk and reward between issuers and investors.

Since there is no fixed claim on cashflow from projects, the musharakah structure can help reduce risk for issuers in financing infrastructure projects. This is particularly important for infrastructure projects where revenue flows may be volatile and uncertain. By sharing risks with issuers and reducing their debt-servicing obligations during difficult periods, sukuk investors can reduce the risk of default. In return for bearing the extra risk, investors gain a higher rate of return.

Governments must ensure that sukuk are not treated unfavourably by tax and regulatory regimes, most of which were not designed with Islamic products in mind. Islamic financial products tend to be at a disadvantage compared with conventional financial instruments. For example, there may be unequal treatment in the tax systems of some countries between profit and interest payments. While interest payments are generally tax-deductible, profits are taxable. As a result, profit-sharing sukuk may be less attractive to investors. These and similar issues must be addressed.

Higher animal feed cost due to the global rise in the price of soya and corn meal “is beyond our control”, said Agriculture and Food Industries Minister, Datuk Seri Dr Ronald Kiandee, today.He said prices have risen since four months ago and the realit…

All mosques, surau, and musalla (area allocated for praying) in Kelantan subdistricts are ordered to close starting tomorrow until a date to be notified later where all activities including Friday, obligatory, voluntary tarawih prayers are disallowed.T…

There was no element of unfair treatment against six students of the Perak Matriculation College in Gopeng who were compounded RM1,500 each by the Ministry of Health (MOH) for not wearing face masks yesterday.State Health, Science, Environment and Gree…

vThe National Registration Department (NRD) has detained two individuals including a private doctor suspected of being involved in a syndicate falsifying the information of over 200 births since 2009.Its director-general Datuk Ruslin Jusoh said the doc…