Malaysia’s federal government needs to rethink its strategy on regional autonomy in the states of Sabah and Sarawak if it wants to maintain their electoral support. Sabah and Sarawak helped seal the ruling Barisan Nasional (BN) victory in the 12th and 13th general elections. But there are growing concerns in the two states about the intrusion of the federal government.

Discontent in Sabah and Sarawak stems from the perceived dominance of the federal government and erosion of state rights. 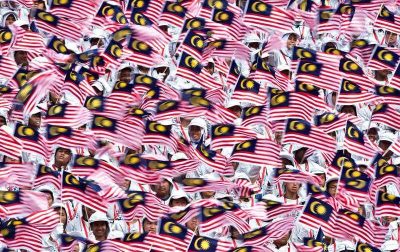 Unlike during former prime minister Mahathir’s regime, Najib has allowed open discussions on regional autonomy. The new chief minister of Sarawak, Adenan Satem, has, on occasion, taken a jab at the federal government and reminded federal leaders not to interfere in state matters. But his counterpart in Sabah, Musa Aman, has taken a non-confrontational approach. Sabah learnt the bitter lessons of going against the federal government under the Mahathir regime. Musa cannot afford for Sabah to take the same path again, even under the more open and democratic Najib.

But the issue of autonomy is not as straightforward as it seems. Most people in Sabah and Sarawak think that autonomy means total independence from the federal government. Despite enjoying greater autonomy than other states in the federation, Malaysia’s federal structure is still too centralised for Sabah and Sarawak.

Further, the people of Sabah and Sarawak, especially the indigenous communities, allege that UMNO (United Malays National Organisation) — the largest party in the BN coalition — plans to ‘Malay-ise’ and ‘Islamise’ them. Indigenous Dayak leaders have spoken out against peninsular-based right-wing Malay groups. But the problems in federal–state relations are not driven by ethno-religious issues alone: there are systemic and structural problems concerning how powers are divided between federal and state governments. Power is centralised in Malaysia’s federal system, leaving the states with little choice but to prioritise federal needs. This has deepened the animosity between federal and state governments.

Since 2008, Najib has tried to address this anomaly. He has increased the federal allocation of funds to the states and created a new national holiday to celebrate the unification of Sabah, Sarawak and Peninsular Malaysia. The large Christian population in East Malaysia have also celebrated Najib’s concession to allow them to use ‘Allah’ to refer to their God — a right recently restricted to Muslims in Malaysia. This was part of a bigger 10-point-solution announced by Najib to provide greater religious freedoms in the two eastern states.

Najib also put his political career on the line by agreeing to set up the Royal Commission of Inquiry to investigate the presence of illegal immigrants in Sabah. It was a risky move considering many of his party’s leaders had been implicated in the inquiry for issuing fake Malaysian identification cards to foreigners.

Yet even with this Inquiry, Sabah and Sarawak have gone further, requesting a ‘review’ of the Malaysia Agreement that was formulated before the creation of Malaysia, parts of which formed the basis of the Malaysian constitution. This review would be aimed at rectifying the centralist tendencies of Malaysian federalism.

But a formal review would be a regressive move. What the Najib administration should do is form a high-level bipartisan committee to review autonomy for Sabah and Sarawak within the context of the Federal Constitution. It is the constitutional safeguards for East Malaysia that should be reviewed, not the Malaysia Agreement. While giving greater autonomy for Sabah and Sarawak may be necessary to sustain the federation, it is also important to specify and justify the details of any concessions. It is important that Najib does not succumb to the pressure of local elites who pretend to champion state rights. It is ordinary East Malaysians who should benefit more from autonomy and not self-serving politicians.

Compared to his predecessor Mahathir, Najib is perceived more positively in East Malaysia. But the expectations of people in Sabah and Sarawak are high. They want practical solutions rather than empty rhetoric. Najib is fortunate to have the support of voters from East Malaysia who have gradually lost hope in the opposition. And he still has the time to prove that he has the best solution for Sabah and Sarawak.